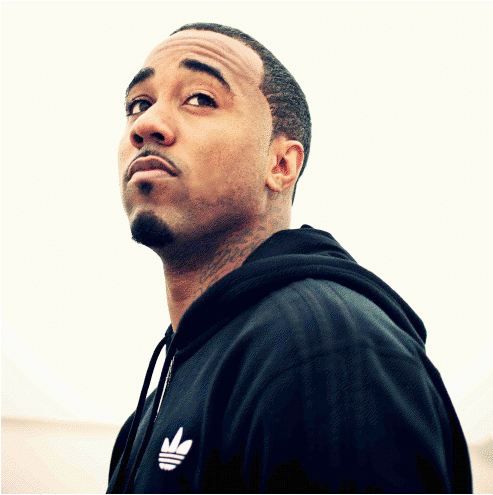 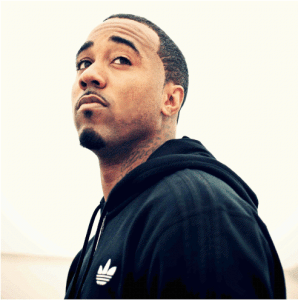 With the emergence of new artists coming out of the California region we have to salute and respect Diamond Lane Music Group and their first artist, Problem. A former ball player who got his name from giving players a problem on the court with his skills has now transitioned into a burgeoning hip hop artist and producer.

Coming up under the tutelage of his heroes Snoop Dogg, E-40, DJ Quik, Kurupt and others, Problem is steadily making a name for himself. With a huge personal co-sign from Jay-Z’s engineer Guru, Problem has all the motivation and growing expertise to take his DLMG family to the next level. In his own words problem says, ‘I’m on some next level shit.”

Hip Hop Vibe got the opportunity to kick it with this rising star who is a Compton, California native, by way of Germany, as he tells us that once he had dreams of being an NBA player and now his dreams of being a Hip Hop artist and all around producer are starting to materialize.

I know previously you had a deal with Universal, but for the Hip Hop Vibe fans that are not familiar with you, can you tell us a little about your history? Well, my history before getting into hip hop was just me playing basketball and trying to get with girls, basically. I was also a writer and I did some stuff for Snoop Dogg and one of Chris Brown’s artists. I’ve just been writing and grinding and my affiliation with Diamond Lane Music Group is the Diamond Lane Gang and that’s my squad of people that I grew up with and they have been a part of my life for the last ten years.  We decided to just do it as a family.

I know you were born in Germany and raised in Compton, so what is it that separates you from other artists that are out right now? It’s the fact that my mom’s named Leona and my dad’s name is Leon, so I can’t be like anybody else.  I’ve done it all in every which way from the good to the bad. So, there can’t be anyone who is going to tell my story better than me. I just do me and I don’t really concern myself with others. I listen to other artists’ stuff, but I never say to myself, “oh I need to make a song like that.” I just want to represent myself and my crew and what we are doing as opposed to what others are doing.

I’ve heard you say that you like to make music that triggers people. What triggers you? Melodies and drum patterns and the instruments that the producer decides to use or the ones that I use. I let the music decide what kind of songs I make.

I know you played basketball, so what were your basketball dreams like? Well, the dream got deferred because my confidence level wasn’t that high. If I think the way I do now back then, I probably would have been in the NBA. Now, I feel like I can do anything I put my mind to. Basketball did give me my name because I was a “problem” on the basketball court.

I know you’ve worked with Snoop and other artists, but who was the person that made you want to go from producing to being an artist? That was always the plan and I understand that I didn’t know how to do that. So, looking back at it now I honestly went through Rap College and I got a chance to work with all of my heroes from Snoop to Quik to Dre, E-40 and Kurupt. I got to ask questions and get the game from them and prepare myself for what’s happening now.

How does it feel to finally be mentioned in the same breath as a lot of new artists like Freddie Gibbs and Dom Kennedy, among others and what are you doing differently to carve out your niche? I feel real good for lack of a better term [Laughs]. So, to be able to say that I’m on my team and creating my own lane that feels pretty dope and what makes me different is just me being myself. I just stay myself and represent what I represent. I think everybody is doing that and it shows in the music.

You were quoted as saying “Hip Hop culture is way too young to be told what it is and people need to understand that certain artists make music for the time and music is a sign of the times.” So how do you define what Hip Hop is to you and what your vision is? Right now, I think it’s a much more fun era. It’s not as dangerous and even though there are gangs and things like that still going on, that’s not the main focus right now. When West Coast Hip Hop first came out, it was way more dangerous because the crack era was going on and there was a lot of gang activity back then and of course the music reflected that. But, that time has come and gone Crack is not the drug of choice anymore, it’s a different stage and people are having more fun and people are about making that money now as opposed to being violent. There’s still violence, but it’s not the same feel the music reflects that too because you can have a Casey or a Dom they are not considered weak, but they are not considered gangsters either. I think that that’s what people need to understand. That’s why this music doesn’t sound like typical West Coast music, because the West has evolved. Every coast has evolved into a different vibe.

I noticed that younger artists like you are all getting deals within 3-5 years after they started writing Hip Hop. So, do you think that can be attributed to the music or is it the fact that the grind is different nowadays? I think the grind is different because you can be at home in front of your computer and buy Pro Tools for $299.00 and get a microphone for $150.00, do a song, mix it and shoot your own video and throw it up on YouTube. Now, the quality may not be the greatest, but people will see the potential in it if you do it enough times. The last era, they didn’t have that option.  So, it should be a speedier pick up time in how people get on. I think if Snoop had an inbox, we would have known about him before we did [Laughs].

Who was the first person you ever wrote a song for? Terrace Martin, he’s a rapper/producer/saxophonist.  I wrote the record “Be Thankful.” It was the story of his life.  That’s how Snoop heard of me, because he was Snoop’s producer at the time. That’s what got me my gig.

Give me the total scoop and the vision for the label, Diamond Lane Music Group. We just want to showcase our vision and let people know that this is a lifestyle that we are living. We are about the enjoyment of life. And anything that comes with that.  We like the ladies, we like driving fast, we like to smoke our little weed, and we just want to enjoy what’s happening. We not on no punk shit, but we not on no gangbang shit either. We are just doing us and I feel like this is what California is right now. We want to represent that in a really good way.  Our music reflects that.  Our music is fun, it’s not overly aggressive, but it’s not for no punks, either.

I know you stay in the studio, so what is your process like when you have to pick through 60, 70 or 80 songs to get to the ones that will make a mixtape or an album? Well, the project determines what’s songs are going to go on it. I do a lot of types of music and I try what I want to try and my projects are theme-oriented like the Mollywood series. That’s a more turned up party theme. My album, Plan B, is more personal, so the more serious records will probably go on that.

If you had to leave the Planet Earth today, what would be the one thing that you would leave behind so the world could remember you as a person and remember your musical legacy? You want to say your kids, but I have more than one so I’ll say my kids, umm, shit that’s deep. I’m going to get this answer! My hard drive so everybody can eat. I’m like Tupac with that, because I got enough stuff for like 20 years. I’ll also leave my wisdom to my kids so they don’t have to go through the bullshit.