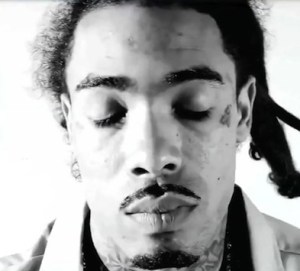 Three years ago, Gunplay rose to fame when he dissed 50 Cent in defense for Rick Ross. Long before the fortune and fame, Gunplay was beside Rick Ross as his right-hand man and has remained in this position. In 2011, Rick Ross added Wale and Meek Mill to Maybach Music and landed a deal with Warner Bros. Records.

Critics felt as if Rick Ross had abandoned his old crew when he began making his appearances with Wale and Meek Mill. It was Gunplay who immediately extingiushed those stories, saying he would do what he could to get Maybach Music up and running. Gunplay would fight members of G-Unit at the 2012 BET Hip Hop Awards for Rick Ross.

Earlier this week, Saigon stopped by Power 105.1 and spoke to “The Breakfast Club.” During the segment discussing who he would want to punch in the face, Saigon chose Rick Ross and 2 Chainz for the messages in their music. Gunplay recently spoke to Hip Hop Wired and he dared Saigon to really punch Rick Ross in the face, before questioning why he went after rap’s two hottest figures.

50 Cent calls Chief Keef out on Twitter for not being at “Hate Being Sober” video shoot
Breeding Ground, the Carolinas: Dirty Dave