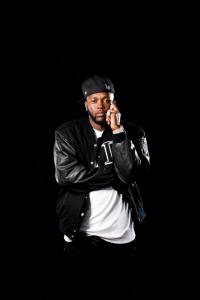 From the outside looking in North Carolina and South Carolina are exactly alike. Those from both areas are quick to point out the differences, but the two states share much. In hip hop, North Carolina has produced the likes of Petey Pablo, 9th Wonder, and J. Cole. As far as rap stars, South Carolina is still waiting on their big break, but it looks as if Charleston rapper, Dirty Dave, could be the breakthrough star.

Dirty Dave enjoyed breakout success following the release of his No More Mr. Nice Guy mixtape. Boasting collaborations with Southern legends, such as Gucci Mane and Rocko have Dirty Dave in good company. Two of the biggest mixtape rappers in the game on his side has led to additional success for Dirty Dave. Hands down one of the biggest mixtape rappers in the Carolinas, The Carolina Plug is his latest release.

In addition to his successful career as an artist, Dirty Dave is also the head of Dirty Dollar Entertainment, his record label. Dirty Dave continues the growing trend of artists working without a record deal to earn success in the rap game. Without major backing, Dirty Dave has worked with the likes of Gorilla Zoe, Bun B, Yung Joc, and Drumma Boy, among others. Clearly, Dirty Dave is one of the Carolinas’ frontrunners.

Watch “I Got a Sack” by Dirty Dave ft. Mercy below: