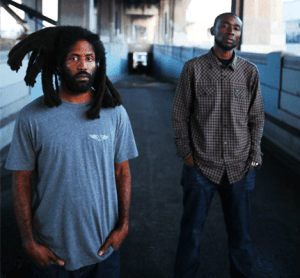 One of the greatest moments in hip hop history took place in 2003. Yes, the year of 2003 was when 50 Cent claimed his spot in the rap game, but fans of “real” hip hop note the year as when Murs and 9th Wonder officially united. Over the course of nine years, spanning four albums, the two hip hop figures made classic music.

Fans heard Murs and 9th Wonder for the first time in 2004 on their Murs 3:16: The 9th Edition, which received critical-acclaim. Over the next eight years, more classics came in the form of Murray’s Revenge, Sweet Lord, Fornever, and they wrapped things up this year with The Final Adventure. Every other year, though, Murs and 9th Wonder delivered new material, holding fans over for two years each time.

However, Murs and 9th Wonder decided to call it quits while interest in their series still remained high and while they were still friends. But, over the course of these nine years, there were numerous classic moments and countless classic songs.

See the best of Murs and 9th Wonder below:

Murs and 9th Wonder – “Funeral For a Killer”

Continue Reading
You may also like...
Related Topics:50 cent, 9th wonder, and this is for..., asian girl, california, fornever, funeral for a killer, h-u-s-t-l-e-, i used to love her (again), murray's revenge, murs, murs 3:16: the 9th edition, north carolina, paid dues festival 2010, sweet lord, the final adventure, yesterday and today