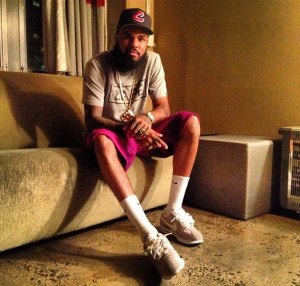 Over the past few weeks, Maybach Music’s Stalley, has been on the BET Music Matters tour, which also includes Kendrick Lamar. While on the tour, Stalley had his camera crew following him as he engaged with fans and performed his music. Stalley managed to keep himself in the headlines through his tour and web series.

One year ago, Stalley signed with Rick Ross’ Maybach Music and he rose to stardom. It was the initial mixtape success that made Stalley one of hip hop’s newest stars. Stalley released his highly-successful mixtape, Savage Journey to the American Dream, which was his first release under Maybach Music. Since then, Stalley has been working on much new music.

The BET Music Matters tour concluded in Los Angeles and Stalley made his rounds through the City of Angels. Stalley would conduct an interview with DJ Skee for the L.A. Leakers, before going out and performing. Later that evening, Stalley performed with Nipsey Hussle and Lil’ Eazy-E. The night would conclude with Stalley meeting with Dr. Dre and Game.