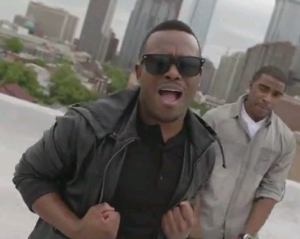 Philadelphia is back to daily headline appearances, with Meek Mill running the show as a member of Rick Ross’ Maybach Music and the head of Dreamchasers Records. Many Philly veterans are also doing well, such as Freeway and Cassidy. However, SKE Records is delivering another future star with Trel Mack.

Trel Mack and Q the Question founded SKE Records a few years ago and the label has since produced such talents as crooner, Shaun Chrisjohn. The three-headed moster which has become SKE Records has caught the attention of the hip hop world. With the label generating more attention, the trio are making their media rounds.

Q the Question, Trel Mack, and Shaun Chrisjohn recently spoke with YadiBox Radio about the moves they are making. As an independent movement, SKE Records has delivered solid hits this year. In addition to Trel Mack’s success this year, Shaun Chrisjohn has also been turning heads with his music. Each of them had the chance to update the world on the SKE movement when they sat down with YadiBox Radio.