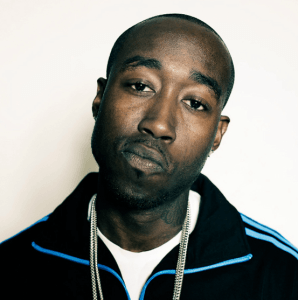 Freddie Gibbs was already one of the hottest mixtape rappers in the Midwest. But, when he joined CTE, Freddie Gibbs continued his mixtape run. Along the way, Freddie Gibbs ended up collaborating with Eminem. Young Jeezy built a solid roster of artists, adding Tone Trump earlier this year.

Cyclones Magazine recently spoke to Freddie Gibbs, who is currently working on more new projects. During the interview, Freddie Gibbs mentioned some of the projects he had in the works. Freddie Gibbs worked with DJ Drama on his last mixtape Baby Face Killa, which was another mixtape success for him.