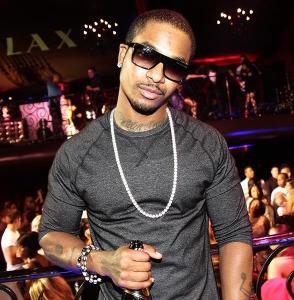 Close to ten years ago, Chingy released his debut album, Jackpot. The album was full of hit singles. In 2003, Chingy was among a wave of new artists, which also included such artists as 50 Cent. Chingy helped to establish the St. Louis hip hop scene and proved Ludacris was a solid record executive.

While Chingy was able to get several points across simply based on his own career, there was much more to him than this. Chingy easily avoided the “one hit wonder” title and would release three more albums on the heels of each other. In 2007, Chingy released his most-recent album, Hate It or Love It.

Since then, Chingy has been strong on the mixtape scene. The St. Louis rapper has released Jackpot Back and Chances Make Champions in 2012. Hip Hop Vibe recently spoke to Chingy and he would discuss this. Chingy talked about his 2012 mixtapes, his upcoming mixtapes, his new muscular figure, and his next album.

What inspired your recent mixtape run? Chances Make Champions. I looked at everything I was going through and I realized you have to take chances in life. Some of the mixtape is hard and some is soft, with the R&B, with songs like “Keeper.” I decided to throw something in for everyone.

Do you think the mixtapes were enough to get your name back out there? It has done a good job so far. Fans and DJs have picked it up, the buzz on the internet is also doing well. Even label execs have hit me up over it. Not hearing me on the mainstream has made them appreciate it more.

How different would you say the game is in 2012, as compared to 2003? The game is different because labels did more groundwork in 2003, but in 2012 that is on the artist. Now artists have to work harder and artists have to dumb their music down for the club scene, because that is what is hot now. But, the overall difference is the harder work for the artists. With the internet, it is easy for people to release music.

Which mixtape do you feel had the biggest impact for you this year? Actually, Jackpot Back did well, but I think Chances Make Champions has done better, because I have been more in the faces of people with it. I tell the people on “You and Me” what I went through in my entire career, they appreciate the realness from me on the mixtape.

We see you are more muscular than before, what is your workout regimne like? Actually, I work out three days a week. I work all my muscles with different instruments, I do full body workouts. I am serious about staying healthy and fit. Everyone needs to be healthy and fit and it is also a plus that the ladies take notice (laughs). Day to day, I stay moving, so I work out, it became a hobby, I also get my proper proteins in. With me being a performer, I have to stay in shape.

When can fans expect your next album? My next album does not have a date. Right now, I am taking meetings with labels. But, I am always working on new music. At the top of next year, I will be pushing my “I’m Here” single, it’s got an R&B feel to it.

Who are some of the labels you are meeting with? Warner Bros., RCA, and Epic Records.

Could you see yourself getting down with Maybach Music? Actually, I like them, but I want to make my own Full Dekk imprint. I have been on labels before, but my focus is now on my own movement. If that is the case, I’d just take a solo deal with a label before joining a label under a label.

Can you tell us more about Full Dekk? Full Dekk is the company I set up a few years ago to house my music. The title continues the casino theme, Chingy, “jackpot.” We are working on a mixtape, Your Chick, My Chick, Your Beat My Beat and we are going in on mainstream beats on this mixtape. Currently, the Full Dekk roster consists of Lil Bit Mr. 915, who is our street artist, and then we have Solo, who does r&b, and finally Chris Woodhouse, who is our bad boy of R&B.

How confident are you in this movement and what do you have going forward? I’m very confident in the Full Dekk movement. Stay focused and go get it is the mantra I stand by with my company. I am living proof that you can do it, coming from little old St. Louis to make it big. I don’t let the negative sink in with haters and naysayers. Teamwork make the dreamwork and let the next move be your best move are some of the quotes we live by.