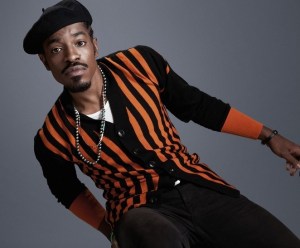 Over the past year, Andre 3000 has made his rounds, appearing on a number of tracks from major artists. Last year, Andre 3000 enjoyed a minor comeback, providing guest verses on Beyonce’s “Party” and Young Jeezy’s “I Do,” alongside Jay-Z. With Big Boi releasing a solo album, fans expected an Andre 3000 album.

The wait for Andre 3000 to drop still looms, but he is still making his appearances, as his hometown is back on top. Along with Big Boi, Andre 3000 helped to put Atlanta on the map, opening the door for T.I. and others to emerge. Now, T.I. is returning the favor, featuring Andre 3000 on his Trouble Man album.

Andre 3000 appears on the “Sorry” track, which is one of the more-anticipated singles off the album. With Trouble Man due in a little over a month, Andre 3000 spoke to FUSE TV about his verse. T.I. is expected to release Trouble Man in December.