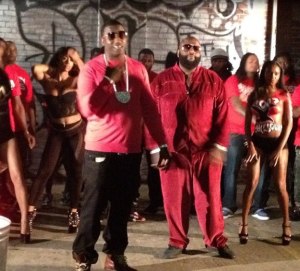 However, Rick Ross would feature Gucci Mane on Teflon Don and eventually wound up feuding with his Def Jam label-mate. Fast forward two years and Rick Ross has gone from only mentioning Young Jeezy to fighting him. Now, everyone in the rap game has beef, so it was only right for Gucci Mane to jump back in.

Watch “Respect Me” by Gucci Mane ft. Rick Ross below: