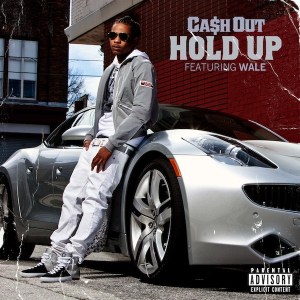 One hit wonder? Not hardly. Ca$h Out caught the attention of the rap world early this year with “Cashin’ Out.” Given the instant reaction to the song, many attempted to place Ca$h Out in the category of “one hit wonder.” However, Ca$h Out had other plans, as he became the next Atlanta rapper to take over the game.

Fortunately for Ca$h Out, his self-titled single managed to remain in radio rotation for most of 2012. With more doubters, Ca$h Out went back in the studio and began recording his next project. Early in the year, Ca$h Out turned heads with It’s My Time, the mixtape that introduced “Cashin’ Out.”

It’s My Time was also home to “Hold Up,” which caught the attention of Wale. Soon, the two were in contact and a remix was created. Ca$h Out, already a staple at “106 & Park,” has dominated the charts with “Hold Up.” Tonight, he came in number two on the countdown and he is now aiming for number one for tomorrow.

Continue Reading
You may also like...
Related Topics:106 & park, atlanta, ca$h out, cashin' out, hold up, it's my time, wale