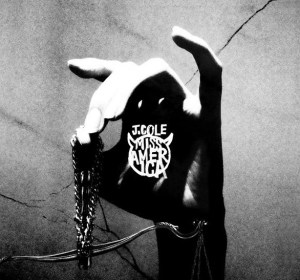 Anticipation for J. Cole was high when he finally released his debut album. J. Cole managed to live up to the hype and he promised fans he would release a new album every year. Probably due to his late 2011 album release, J. Cole did not release an album in 2012 and has no plans of doing so. But, in January 2013, J. Cole will.

With the trailer already out, and doing well, J. Cole is now preparing to introduce the world to his new music. J. Cole has “Miss America” as the first single off the album and, before the music comes, J. Cole has released the official artwork for the single.