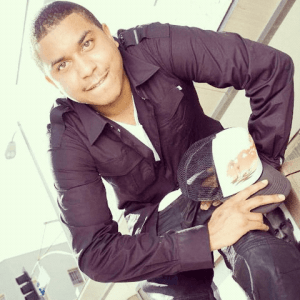 A native of Los Angeles, F1 has become one of the biggest names in the hip hop world. F1 is a force in the studio, making a name for himself as both a producer and an engineer. Over the course of his career, F1 has worked in the studios of Dr. Dre and Polow da Don, both of Interscope Records.

F1, who has worked with many super producers, is well on his way to rising to that status in the game. Growing up in Los Angeles, F1 watched the likes of Dr. Dre and others rise to stardom as producers. Years later, F1 would enjoy the luxury of working with the hip hop doctor.

Hip Hop Vibe recently had the opportunity to speak with F1. During our conversation, F1 would discuss working with the legendary producers in the game, such as Dr. Dre, No I.D., and Polow Da Don. F1 would also speak on his work with such artists as Snoop Dogg and Macy Gray, among others.

Where did the name F1 come from? The name F1 came from my original name, Flawless. I heard Nicki Minaj’s first album and she had a line where she said Flawless, F1. After that, I decided to take the name and use it for myself, since I felt the line was dope.

Being from Los Angeles, were you inspired by Dr. Dre? Yes I was, for sure. Growing up in Los Angeles, Dr. Dre was one of my main influences. Also, him, Warren G, and Snoop Dogg. My brother was a promoter with Mr. Grim, who was close to signing with Dr. Dre.

How did it feel to eventually have the chance to work with him? Dr. Dre. I haven’t had the chance to fully work with him, but my production crew is signed to him. I have been to his houses, his events, and I am looking forward to one day working with him.

In what way would you best describe being a part of the Aftermath camp? The best way I could describe it, Dr. Dre signed Slim the Mobster, who is signed to Gang Module. That label was placed under Aftermath, which gave us all a job. DJ Silk is who works directly with Dr. Dre, I am his protege, he had a strong influence on my career. Silk is the production coordinator for Gang Module.

Can you speak on the issues between Slim the Mobster and 50 Cent? I will say this, Slim the Mobster is known for writing for other artists on Aftermath and it is hard for writers to receive credit, which is the case. A lot of the focus is on the artist and not the ghostwriter and this is how we had a chance to be a part of the label. DJ Silk is the primary producer signed to Dr. Dre, through Gang Module and a separate deal.

What genre would you call your music? Urban soul, which is different soul, it allows you to branch out.

What is it like working with Snoop Dogg? Working with Snoop. He has an effortless style any entertainer would look up to. When it comes to putting a song together, he is a genius. Hands down, I cannot say there is anyone who has more experience than Snoop when it coems to putting a song together. He will write it, record it, do the video while it is getting mixed down, and do it within two hours and I’m only talking about one song. Snoop Dogg writes his songs in his Blackberry, he carries it with him everywhere.

So, what type of person is Snoop Dogg? He is very down to Earth. If you go to his house, you’ll see the Colt 45 in the fridge, he’s just like working with any other artist.

What upcoming projects will you be working on? You can catch me on a new band called the Tallah Band. This is a hip hop band and we are doing shows all over. I will be mixing down for Mac Lucci and Snoop Dogg presentsCalifornia Hustle, the soundtrack and the movie. I am working with a lot of artists from Chase N. Cash and Hit-Boy’s The Surf Club, catch me with them in the future. A lot more work with Dr. Dre, Snoop Dogg, and so much more.