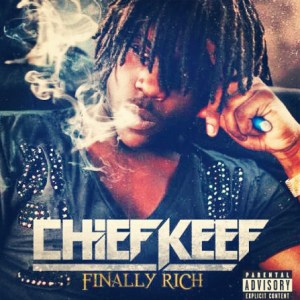 Early this year, Chief Keef surprisingly took over the game with his Back From the Dead mixtape, which included “I Don’t Like.” A Chicago native, Chief Keef’s sole claim to fame was his affiliation with Soulja Boy. However, once “I Don’t Like” took off, the song caught the attention of Kanye West.

Kanye West would remake the beat and add Pusha T, Big Sean, and Jadakiss to the remix. Immediately, Chief Keef was in radio rotation on stations all over the United States, causing a bidding war. Birdman made moves toward adding him to his growing roster at Cash Money Records, Young Jeezy did the same with CTE.

Ultimately, Chief Keef signed with Interscope Records and soon landed himself in hot water, taunting Lil Jojo for dying and dissing Lupe Fiasco on Twitter. Whether it was him or not, Chief Keef moved forward with Finally Rich, his debut album. The album will feature appearances from Rick Ross, Young Jeezy, French Montana, 50 Cent, Wiz Khalifa, and Lil Reese.