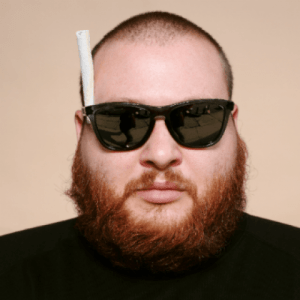 Another New York rapper helping to keep the Big Apple relevant is Action Bronson, who is working closely with Harry Fraud. A year ago, during this time, Harry Fraud watched his career peak. Harry Fraud produced French Montana’s “Shot Caller” single, which would become a hit single.

Popular before working with Harry Fraud, Action Bronson teamed up with the rising producer and enjoyed bigger success. Action Bronson continues to release mixtapes and street albums, each of which gains bigger momentum. Like many other rappers in the game, Action Bronson has gained mixtape fame.

Hardcore Action Bronson fans are highly anticipating an official album from him and he would speak on this when ThisIs50.com caught up with him. Action Bronson would talk about his favorite recreational activities with Young Jack Thriller. The two also discussed a potential solo album from Action Bronson.