Skip to content
You are here
Home > Articles > Overlooked and Underrated: Lloyd Banks 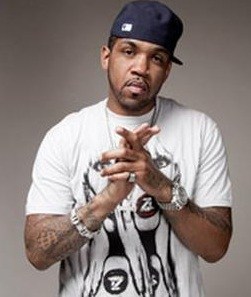 50 Cent took over the rap game ten years ago, releasing an unexpected string of hits that launched him from being a gritty New York mixtape rapper into a hip hop megastar. The following years for 50 Cent were continued successes for him. Unlike many other hip hop sensations, 50 Cent kept himself relevant, developing artists under him.

It was clear, from the beginning, Lloyd Banks was his heir apparent. Lloyd Banks picked up where 50 Cent left off on the mixtape circuit, intially. However, once 50 Cent secured Banks’ deal with Interscope Records, he followed him into superstardom. Lloyd Banks was first introduced on G-Unit’s Beg For Mercy on “Smile,” before taking the reigns.

During the summer of 2004, Lloyd Banks released The Hunger For More, his platinum debut album. While still assisted by 50 Cent, Lloyd Banks scored a summer smash with “On Fire,” which set the tone for his following hits. Soon, Lloyd Banks found himself considered a star, contributing to the continued success of New York hip hop.

Two years later, Lloyd Banks returned with Rotten Apple, providing more hits for the dwindling G-Unit. At a time when notable members were having public fallouts with 50 Cent and leaving the crew, Lloyd Banks held things down. A four year gap would stand between Lloyd Banks and his third album. In the meantime, Lloyd Banks copied 50 Cent’s formula and began releasing a score of mixtapes with DJ Whoo Kid, solidfying his own legacy as a mixtape legend.

In 2010, Lloyd Banks would return with HFM 2, his third album, which was met with positive reviews. Since then Lloyd Banks has contributed additional mixtapes. Due to his membership of G-Unit, Lloyd Banks is immediately overlooked, due to the conflicts which took place between 50 Cent, Game, and Young Buck. When it comes to the music, their music often overshadows Lloyd Banks, still, as they managed to branch out more. But, Lloyd Banks has a strong legacy of his own, which often goes overlooked.

A style, originated by LL Cool J and mastered by ultimate G-Unit rival, Ja Rule, Lloyd Banks is hardly ever given credit for. While he continues to deliver hardcore mixtape tracks, Lloyd Banks also has a niche making songs alongside Ryan Leslie, Jeremih, Lloyd, and many other crooners.

Watch “Smile” by G-Unit below:

Watch “On Fire” by Lloyd Banks below:

Watch “I’m So Fly” by Lloyd Banks below:

Watch “Hands Up” by Lloyd Banks ft. 50 Cent below:

Watch “Any Girl” by Lloyd Banks ft. Lloyd below:

Watch “I Don’t Deserve You” by Lloyd Banks ft. Jeremih below:

Watch “So Forgetful” by Lloyd Banks ft. Ryan Leslie below: