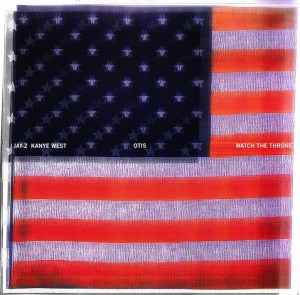 By the summer of 2011, hip hop fans were close to giving up on Watch the Throne, placing it in the same category as Detox. On the heels of My Beautiful Dark Twisted Fantasy, Kanye West was revealed to be doing a joint album with Jay-Z. Marking the first time Kanye West and Jay-Z shared the mic as equals, Watch the Throne was born.

Immediately after the announcement, “H.A.M.” was leaked as the first promotional single off Watch the Throne. Receiving numerous digs from Birdman about Lil Wayne, the song contained the infamous “baby money” diss from Jay-Z. “H.A.M.” also helped to launch the career of superstar producer, Lex Luger.

During the late summer of 2011, “Otis” was released as the first official single off Watch the Throne. The song did well, gaining many remixes from a large number of rappers. Well over a year since “Otis” was in regular radio rotation, the song captures headlines, once again. Recently, “Otis” was certified platinum by the RIAA.

Watch “Otis” by Jay-Z and Kanye West below: