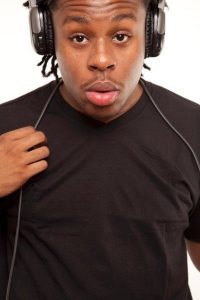 The DMV area, especially Washington, DC and Baltimore, is full of hip hop talent, which is rising to the mainstream. Washington, DC first broke through with Wale and now is watching Rolls Royce Rizzy and Fat Trel rise to the surface. With the DMV area preparing to explode onto the hip hop map, Hip Hop Vibe is covering several of the up-and-comers from the DMV area.

Youngsta is one of Washington, DC’s biggest up and coming artists. Making music since his childhood days, Youngsta is a force on the mixtape scene. Having a proven track record in Washington, DC, the popular emcee is branching out and making a name for himself in the entire DMV. Over the past few months, Youngsta has watched his friend, Fat Trel, gain stardom.

While watching Fat Trel blossom, Youngsta has seen his own stock rise. This year, Youngsta turned heads with his The Industry Takeover mixtape. Youngsta has built a large following on the internet, with a huge Twitter following. Only a few weeks ago, Youngsta released the promo video for his next single, “So Turnt Up.”

Watch “So Turnt Up” by Youngsta below: