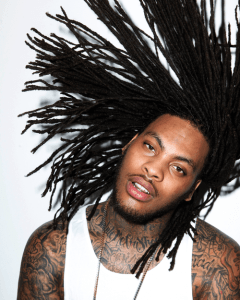 After the 2012 BET Hip Hop Awards, which included fights with Young Jeezy, Rick Ross, Mike Knox, and Gunplay, Gucci Mane conducted an interview. During the interview, Gucci Mane made it clear things would have been different if he were there. Gucci Mane said he would never respect Young Jeezy and also mentioned T.I.

Last week, Gucci Mane also mentioned French Montana, Nicki Minaj, and Yo Gotti, three rappers who are very friendly with Waka Flocka Flame. Speaking with Hip Hollywood, Waka Flocka Flame discussed this. While he said he cannot and will not comment on what is going on, he did say Gucci Mane was his friend and he was “riding” with him.