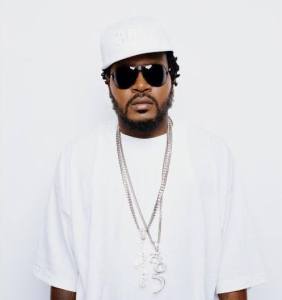 Clearly, 2012 is an election year and today is Election Day. With Facebook and Twitter now firmly at the center of the media universe, there have been countless statuses made about President Obama and Mitt Romney. For several reasons, voters from all over the nation are sticking to their candidate with nothing nice to say about the rival.

Perhaps due to the tone of Barack Obama’s skin and his economic policies, he has a large majority in the hip hop community. Most rappers, with the notable exception of Lupe Fiasco, have endorsed the president. Jay-Z even put his money where his mouth is and campaigned with President Obama.

Trick Daddy also decided to offer his two cents about the election. The Miami rapper used Facebook to get his point across. Sitting back over the past year and a half and watching the antics of the candidates like everyone else, Trick Daddy’s opinion has formed. Earlier today, he voiced it on Facebook.

“A lot of yall come on my page and are not even my fans. Yall just come on here to cause confusion but that is just like racists. They love to cause division. Bush had 8 yrs to fuck this country up. Everything this president said he was going to do he did. Anyway if your are not making a million dollars a year to Mitt Romney you don’t count. He doesn’t have a policy. He is hoping because he is white that all whites will vote for him. The racists in congress wouldn’t work with Obama because he is black, it had nothing to do with him being a Democrat. Think about all the things he accomplished when he did not go through congress that went well like killing Bin Laden.”