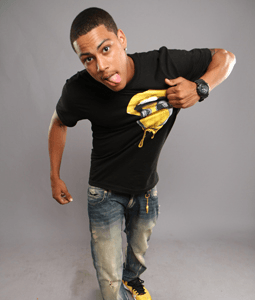 This week, Hip Hop Vibe is spotlighting the hip hop talent in the DMV area. There are many rising artists out of the DMV area. One artist making moves is Mally. From right outside of Baltimore, Mally hails from Pioneer City, Maryland. In recent weeks, Mally has watched while he becomes the next artist from the DMV area to blow.

Inspired by the likes of Jay-Z, Eminem, and others, Mally finds his buzz picking up. What initially started out as a dream is now becoming a reality. Mally is among the number of rising DMV artists making moves. A local sensation, Mally has the attention of a few industry players, mainly Rocko.

Making such big moves in the game, Mally is Hip Hop Vibe’s latest On the Rise artist. The young rapper would discuss his rising status in the game, his new music, and much more. It is clear Mally has plans on being much bigger than the average rap star.

How does your music differ from other artists in the Baltimore area? I don’t’ really hear a lot of the up and coming artist in the DMV, but when I do it seems like they are making their version of ATL Trap Music or a lot of club songs. I make more universal music that’s where I’m different. I think my music reaches a broader audience.

Can you explain what life in Pioneer City, Maryland was like? Pioneer City is my home, its all love. The hood is behind me, supports me and has from day one. Me and my peoples are tight knit. I went from 1st grade through 12th with a lot of my homies. It’s a lot of crime and fucked up shit happening too, but all in all its just love in the hood for me.

In what ways has Jay-Z inspired your lyricism? The biggest way Jay-Z inspired my lyricism was the flows. Growing up I would just see how he approached different types of beats and had a totally dif flow on them all. That’s what I adopted from him.

When did you realize rap was more than a “pipe dream” for you? I realized this was really real about 5 months ago when I met my manager. We did more in the last 5 months than I’ve done the whole 9 years I been rapping.

Can you tell us more about “NU” and his management? NU, that’s my manager. He is a visionary and he knows his shit. That’s my dawg and I trust his insight. He’s from the DMV too, so his fight is the same as mines.

How did your Basement 2 Billboard mixtape come together? Basement 2 Billboard was an idea that started forming 9 years ago when I first started writing in my basement. Once I got with Nu, we discussed the project and laid out a plan to get with great producers and make great music followed by several videos. It’s been months in the making but the finished product will be worth it.

What is the inspiration behind the project? The title says it all. It’s about where I’ve been, the basement and where I aspire to be on the billboard. The evolution of my writing and growth as a person thus far only has me wanting more. Getting on Billboard is a metaphor for me rising to status as a known and respected emcee.

Would you like to tell us about getting the beat from the J.U.S.T.I.C.E. League? The J.U.S.T.I.C.E League track is really, really dope! That came about through my manager. JL’s manager and NU are homies, so it was a no brainer to get something from them. They’re unbelievable.

What was it like getting to work with those people? It was amazing working with that caliber of artists and producers. I learned a lot. The professionalism is on a whole different level.

Who are some of the “bosses” in the game you look up to? The bosses to me are people that started out rapping and now they are putting people on. Like Jay-z, Kanye West, 50, Eminem, Rick Ross, Lil Wayne, Birdman and Diddy. That’s what I’m looking to do, grow and become a boss.

Watch “Private Dancer” by Mally below: