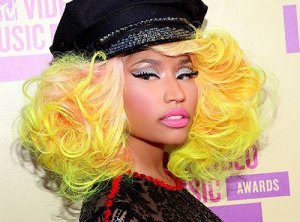 Two years later, however, Nicki Minaj is making her television rounds. Nicki Minaj is now a judge on “American Idol,” clashing with Mariah Carey. Over the summer, there were rumors of Nicki Minaj being an “Idol” judge. These rumors came along with Nicki being rumored to have an E! reality show.

The reality show wound up being “My Truth,” but is airing on E!. On Sunday, the documentary series premiered its first of three episodes. Nicki Minaj also has the “Freedom” music video on the way, which she told The Boombox she hopes the behind the scenes clips airs during her series During her interview with The Boombox, Nicki Minaj also spoke on “The Truth,” saying she was initially skeptical about doing the series.