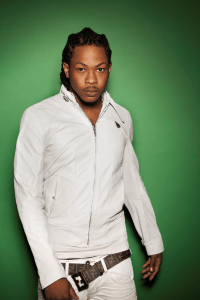 A lot has changed for Ca$h Out since he last spoke with Hip Hop Vibe. Ca$h Out was then riding the wave of his “Cashin’ Out” single, which has finally fizzled out. Proving he is not a one hit wonder, Ca$h Out is now enjoying the success of “Hold Up,” which features Wale of Maybach Music. Over the past year, Ca$h Out has watched dreams come true, working with Jody Breeze, among other artists.

With fall now in full swing, Ca$h Out is preparing his first retail project. During the summer of 2012, Ca$h Out turned the phrase “smokin’ on Keisha” into a popular slang term. The term has become so popular, Ca$h Out decided to use it for his upcoming EP, Keisha. Ca$h Out is preparing Keisha for a release date of December 18, while his album looms.

Hip Hop Vibe recently had the opportunity to speak with Ca$h Out for a second time. The Atlanta standout would discuss his “Hold Up” single with Wale. In addition to speaking on his single, Ca$h Out talked about the Keisha EP, along with the current election. Ca$h Out would discuss a number of other topics, also.

Do you think “Hold Up” will be your next major hit? I think this is the next one of many to come. I am just staying consistent. I know this record is ready to hit the top ten, I have music already on the charts. You never know, this song might make it to number one. But, it could start out in the top 40s and then rise the chart. Songs grow once they hit rotation. With “Cashin’ Out,” I started out independent and then caught the attention of Epic Records. Now, they know there is no hold up on me, I keep coming with hits.

How did you and Wale end up working together? Oh man, Wale is a good brother of mine, a humble dude right there. He keeps it real and Beat Billionaire did the beat. Wale heard the song, he was listening to my It’s My Time mixtape and heard “Hold Up” and he wanted to get on it. We put the single out and then did the video and now we got everybody shouting “Hold Up!.”

Will “Hold Up” be featured on the upcoming Keisha EP? The new version with Wale should be on it. Originally, it was done by me before Wale got on it for It’s My Time. My mixtape was full of hits, it was better than a lot of these albums coming out.

Should fans expect more collaborations with Ca$h Out and Maybach Music? Yeah, definitely man. I am open to anybody man. Whether it is R&B, pop, rap, if you want to work with Ca$h Out, we can make hits.

Can you tell us more about the Keisha EP? Oh man, great body of work. This is the album before the album, the album is named Patience. Keisha is due for release on December 18 to let people know I am still here, I am letting the game know, I am still here. I even sing on this project, I am doing my own hooks on this project. Coming from the streets, I am a hustler, so I make it work. On this project, I sould like a mini-Usher, I stepped the vocal game up. A lot of people are going to say “that ain’t him,” but I am proving L.A. Reid really signed an artist.

What are some of the songs to look out for on the project? “The Curve,” featuring Gucci Mane, “Your Opposite,” with me signing on the hook, look for everything on here. This is another classic, this project will be better than It’s My Time. Put this one in, roll up the keisha and let it ride.

Who are some of names to expect to be on Keisha? French Montana is one of the others on the project, aside from Gucci Mane. I just mess with the real and I don’t procrastinate. Honestly, I can do this on my own, I don’t need anyone, this project is going to feature more of just me, as I am proving myself as a solo artist still. There will be a few more names on there though.

Production-wise, who will you be working with? B-Weezy, DJ Spinz, Will a Fool, Sonny Digital, and some other great up-and-coming hitmakers.

Today is election day, who are you supporting? You already know, Obama. It’s been four years and he has done a lot of great things. When he came in, he was in a tough situation. With what he was given, it might take up to eight years to fix, so we should stick with him, four more years of Obama man.

How important do you feel it is to vote? I definitely feel it is very important, this has an impact on everything. Voting is worth it, go vote.