Over the past four years, Jay-Z has proven how much deeper his power goes than rap, as he helped lure many first-time voters to Barack Obama. In 2008, Obama swept into the White House and he is currently running for re-election. With this election projected to be close, Jay-Z stepped up for President Obama.

Jay-Z has rapped about being on a first-name basis with both Barack and Michelle Obama numerous times. In return, President Obama has admitted he is a big fan of the music Jay-Z makes. With a mutual admiration, Jay-Z and President Obama have become good friends outside of business.

Beyonce, as a result of this friendship, has spent much time with the President and First Lady of the United States. Today is election day and there is so much at stake for the Obama campaign. For the most part, the hip hop world has stuck with Obama and Beyonce penned a letter to the president to show her support. 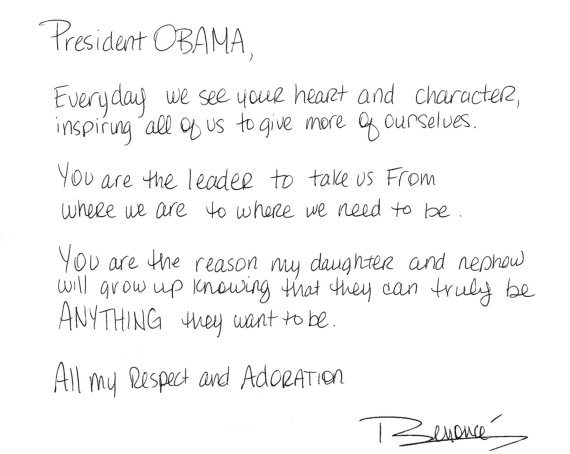