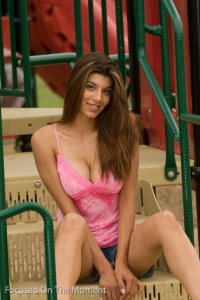 Today marks the end of all of the political ads, which have been running for over a year. In the end, it boiled down to Mitt Romney, the former Governor of Massachusetts, running against President Obama. Despite Obama winning in 2008 by a comfortable margin, many feel his re-election bid against Romney will be much closer.

President Obama has been predicted to win by many, but his re-election is more about keeping his base than expanding. In 2008, Obama had the benefit of converting many Republicans, but this year, he has watched many Republicans flip back over and he has lost Democrats. Kid Rock was one notable Republican for Obama, who has campaigned for Romney in 2012.

Missouri came down to the wire in 2008, before going to John McCain. While Missouri is closer than many other Republican states, it is considered “safe” for Mitt Romney. Despite this, there are many who support President Obama. Ashley Salazar, who served in the Air Force, voted only minutes ago for President Obama. While she is not trying to sway anyone, she has made it clear who she is standing with.