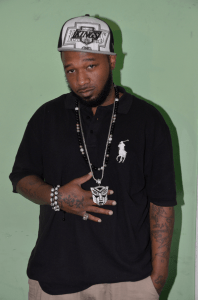 Looking through the archives of hip hop history, it is easily noted the emcee was not originally the focal point of hip hop. Instead, the focus belonged to the DJ, which had previously been overlooked in the rap game until recent years. The success of DJ Drama and DJ Khaled has helped the DJs regain their footing in the game.

Currently, Hip Hop Vibe is spotlighting the hip hop talent in the DMV area. As is hip hop, this list is not limited to emcees, as there are numerous DJs gaining attention. Princess Anne, Maryland is home to one of these rising DJs with DJ Jumpoff. Similar to fellow DMV native, Wale, DJ Jumpoff has made waves in Miami with Maybach Music, working as one of Gunplay’s Don Logan DJs.

Before his time with Maybach Music, DJ Jumpoff got his start with the Fleet DJs and Mafia Mixtapes, led by Boss Chandler. DJ Jumpoff has several successful mixtape series dominating the internet, R&B Vibe. The strong work ethic of DJ Jumpff has made him one of the DMV area’s most-requested DJs. Every Saturday, fans can hear DJ Jumpoff on X 105.1, as he provides the music on Swag Saturdays.