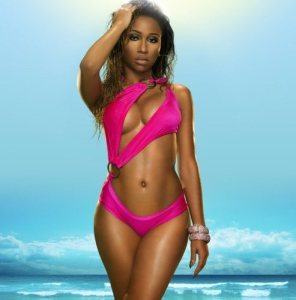 Atlanta is producing several of hip hop’s newest stars. During this recent boom, even some of the veterans have enjoyed comebacks. Part of this is due to “Love & Hip Hop Atlanta,” which stars Rasheeda and Lil’ Scrappy, among others. Before the series, however, Lil’ Scrappy returned to headlines.

Lil’ Scrappy had been dating fellow rapper, Diamond, when she left him for Soulja Boy, to which Scrappy did not fight her. Instead, Lil’ Scrappy wished well to the new couple. Later, Lil’ Scrappy said the worst part of the situation was being publicly cheated on.

Outside of her romantic life, Diamond made a strong comeback withThe Young Life, her new mixtape. With the mixtape out, Diamond recently celebrated the release of the project in Downtown Atlanta. Among the people who came out to party with Diamond was summer standout, Ca$h Out.