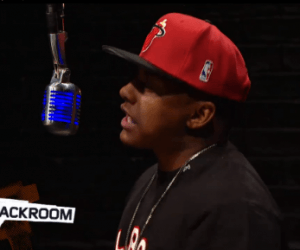 Philadelphia rappers, Cassidy and Meek Mill, both have backgrounds in battle rapping before they made it big. Earlier this year, it seemed as if the two were going to engage in a real hip hop feud, after a Twitter dispute. Right as the hip hop world began chattering about beef, Cassidy announced their issues had been resolved.

Since then, battle rapping has been at the center of several hip hop headlines and recently Meek Mill added to it. Recently, Meek Mill challenged a number of rappers, including Cassidy, to a freestyle battle of $100,000. As many predicted, Cassidy eventually accepted the battle, as he did yesterday.