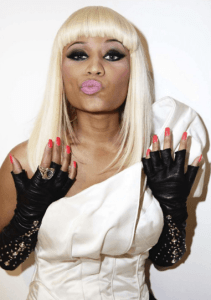 Everywhere, Nicki Minaj has a huge fan base, but her biggest audience possibly comes from her fans in the United Kingdom. Recently, Nicki Minaj returned to the UK and made her media rounds, as she prepares to release her latest album, The Re-Up. While in across the pond, Nicki Minaj spoke with Tim Westwood.

Making a name for himself in the United States by interviewing some of the biggest American names in hip hop, Tim Westwood has become a staple. Tim Westwood has had the opportunity to interview Nicki Minaj several times over the past few years. In the two years since she gained international fame, Nicki Minaj and Tim Westwood did something different in their latest interview.

This time around, Tim Westwood served as the moderator when Nicki Minaj answered questions from her fans. Several topics were discussed, as Nicki Minaj opened up on her plans for the future both short and long term.