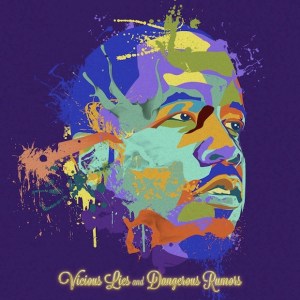 Two years ago, Big Boi jumped out on his own and released his solo debut with Def Jam. Fans had been waiting for a new Outkast album, but their label, Sony did not have one planned. Big Boi wanted to release a solo album, but Sony refused to release it, leading to him signing with Def Jam.

During the summer of 2010, Big Boi became one of the biggest artists in the game. His debut album, Sir Lucious, was released to critical acclaim. Big Boi initially had plans of returning with his second album in 2011. However, the album was eventually delayed until 2012.

After numerous delays, Big Boi is planning to release Vicious Lies and Dangerous Rumors in December. Recently, he released his Kelly Rowland-asissted single, “Mama Told Me.” With his album due on December 11, Big Boi released the official artwork for the album yesterday.