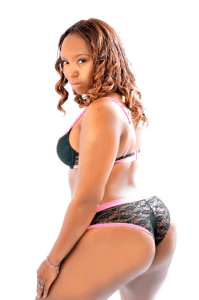 Often overlooked is the rich entertainment culture in the DMV area, an abbreviation for Washington, DC, Maryland, and Virginia. Washington, DC borders each state, which also border each other. Many write Washington, DC off as a political town, while Baltimore, Richmond, Annapolis, and the other cities of Maryland and Virginia are simply overlooked. The truth of the matter is, there is a lot of talent here.

Those who do not know soon will, due to the efforts of Miss DMV. Appearing in numerous music videos, Miss DMV has been making her presence known over the past five years. During this time period, Miss DMV amassed quite the fan base. There are several models from the DMV area making moves and Miss DMV is up there among the leaders.

Miss DMV made a name for herself as the promotional model for such rappers as Pastor Troy and Torch, of Rick Ross’ Maybach Music. While Miss DMV has appeared in a few music videos, her modeling range is quite versatile. On her way to the top, as she frequently states, Miss DMV is Hip Hop Vibe’s latest Hottie of the Week and she is making major moves.

How did you wind up being a model? I was actually in the mall with my mom an a guy walked up to me and said make that face again an I said what face he said “that” stay right there as he proceeds to grab his camera I say what are you doing? He gave me his card an I’ve been working with him since 17 shout out to Bruce Smalls.

Do you feel you have an advantage, coming out of a developing area? I wouldn’t say I have an advantage because the industry is looking for a certain look, I’ve been doing this for years and have experienced enough to say its about being in the right place right time right people.

Speaking of rap, how did you wind up working with Pastor Troy and Torch? I got involved with Torch with word of mouth As far as Pastor Troy, Twitter put us together tweeting him my pictures an speaking with him. We kind of connected an still have that relationship!

Who are some other people you have worked with in the industry? Alongside Pastor Troy and Torch I’ve done an event with Lil Kim at DC Star Hosted the event. 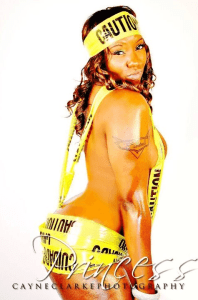 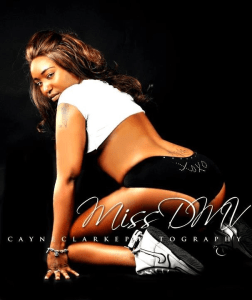