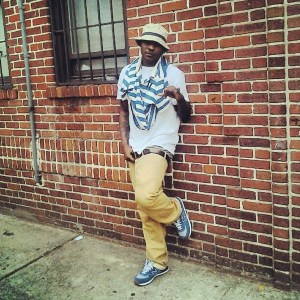 A little over a week remains until Indie Fest 2012 takes flight and the final performer for the event has finally been announced. Brooklyn native, J’Mel will be taking the stage alongside Denzil Porter, T. Cartel, Jus Daze, Dollarmentary, Young Flizo, and the headliners, Solomon Childs and Cliff Po. Several of the biggest independent rappers in the area will be coming out.

Created by Big Man Entertainment and Hip Hop Vibe, Indie Fest 2012 was create to unite many future stars in the rap game. Each artist has been making major moves of their own over the past few years. Now, they will showcase their talents in front of the other emcees and in front of their combined number of fans.

J’Mel has made a name for himself throughout Brooklyn, Atlanta, and many other cities. But, when it comes to New York City, feels inclined to put on a good show for his hometown. On November 13, starting at 9:00 pm, J’Mel, along with the other performers will be at Cafe Lou’s in The Bronx, performing at Indie Fest 2012.