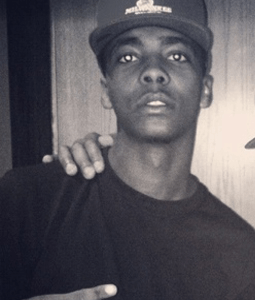 Setting the Atlanta streets on fire is Slice 9. A member of Future’s Freebandz label, Slice9 is quickly becoming one of hip hop’s newest stars. Slice9 has caught the attention of many veterans, notably T.I. His “Another One (remix),” features Young Dro and B.o.B., in addition to Future.

Similar to Future, Slice 9 has caught the attention of numerous big rap names, who are now working with him. Now, it is up to Slice 9 to continue following Future’s blueprint and deliver more hits. Future easily stopped any and all chatter about being a one hit wonder, as he kept the hits coming, Slice 9 is ready to prove himself also.

Slice 9 recently spoke to Hip Hop Vibe about the moves he is making. In addition to speaking about the success of “Another One,” Slice 9 discussed his Freebandz deal, and his overall relationship with Future. Working with Future, Slice 9 is up close and personal with one of the biggest new stars in the game.

Can you tell us more about the “Another One” single? Definitely. Another one, first off shout to Mike WiLL, Levi Leer, Future, and everyone who had something to do with the single. I just signed to Epic/Freebandz. I have had a relationship with Future for a long time. We officially linked up with through the Coalition DJs. Then, me and DJ Funky used “Homicide” off his Pluto album, which features Snoop Dogg, for “Another One.” We engineered Snoop’s verse and we worked out a bargain, so Future could do the hook for “Another One.” The Coalition DJs broke the record and it spread like wildfire and the remix is also doing well.

How did you link up with Young Dro and B.o.B.? Oh man, how do I explain it? B.o.B. was also done through the Coalition DJs. If you work with them, it is not too hard to link up with anybody. I met him backstage at a show, him and B. Rich, and I let him know I was a big fan of his work. Then, we worked out a collaboration. When we hit the studio, Young Dro was also in the studio and he agreed to jump on it, recorded his verse right there. The song hit the radio the first day it came out. I first hit the radio at age seventeen and I’m dropping a CD/DVD documentary to catch people up.

Are you pleased with how well the song is doing? Definitely. It’s a blessing, because my first song was directed at an older audience. This one is more to my speed, but I am catching up with the record right now. “Another One” is just outta here.

Will you soon be working with T.I., in addition to Future? Actually, I first met T.I. at Trae Tha Truth’s listening party. I met T.I. and chopped it up with him. When I played him the song, he told me he had already heard it. I have a good relationship with the whole Grand Hustle movement and we have something in the works. Honestly, I was just glad to meet him, I have been listening to T.I. since I was young.

How did you wind up with Freebandz? Basically, me and Future had a previous relationship through the Coalition DJs, with DJ Funky. The song took off and I caught the attention of Future and Epic Records. I was already signed to CB Empire, which is my joint venture company with Big Star Productions, Coalition Music Group, and my company, Encore. But, I decided to also join Future’s Freebandz team. I also have a good relationship with Coalition DJ member, DJ X-Rated, we have known each other for a while. He always been there for me, giving me good advice, and it is cool to be on the same label as him now.

What is it like to be a member one of the hottest up and coming teams? For one, it is a blessing for them to even recongnize my talent, because there is a lot of up and coming rappers in the area. Plus, I am young, so I want to capture this opportunity. I haven’t even turned nineteen yet and I’m in this position.

What do you admire the most about Future? The fact that he has been grinding so long, but he is still so humble. Future did not come out of the blue with all these hit records. I remember being a Freshman in high school and seeing him in the streets working. He works so fast and puts out good music. I don’t even think he writes anything, but they’re all hits and he is still with the same crew.

Is it okay for you to talk more about your CD/DVD documentary? Establishment Forever is my documentary and it is me saying I will forever live through my music and I am focused on what I am doing. I want to update my fans on what has been going on, I haven’t dropped a mixtape since I was sixteen. I am taking my time to craft it, I haven’t dropped a project in years. I have so much more music and visuals coming too. Everything will be documented and I want people to see how I feel before I get on stage, in the studio, in my element, after I get off stage. People know me for songs and collaborations, but I am giving them me. This will be an Atlanta classic, if you’re from Atlanta, you’ll know what I’m talking about, but my stuff is for everyone.