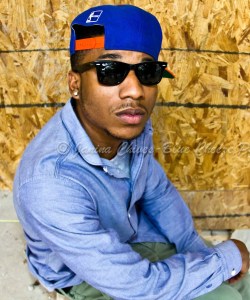 Less than two weeks now stand between the launch of Indie Fest 2012, which will take place in The Bronx at Cafe Lou’s. Indie Fest 2012 is a collaborative effort between Hip Hop Vibe and the New York-based Big Man Entertainment. The concert was put together to unite several of the most-popular independent rappers in the New York City area.

Indie Fest 2012 is headlined by Solomon Childs and Cliff Po. Meanwhile, the roster of performers include T. Cartel, Young Flizo, Dollarmentary, and Jus Daze. Denzil Porter is another major player on New York’s independent hip hop scene. Earlier this month, Porter was in Atlanta for the A3C Hip Hop Festival.

Now, fans of Denzil Porter can catch him in his native city, The Bronx, on November 13 at Cafe Lou’s in The Bronx. Denzil Porter will officially be performing alongside T. Cartel, Young Flizo, Dollarmentary, Jus Daze, and the headliners, Solomon Childs and Cliff Po. Special guests will also be in attendance at Indie Fest 2012.