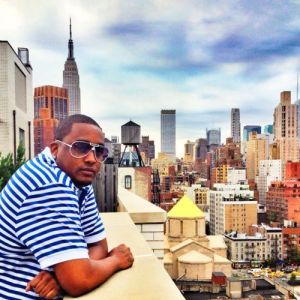 Battle rap is a popular culture full of some of the most talented artists on the underground. The names who stick out are Loaded Lux and Murda Mook, among others. Some who have gained mainstream success include Cassidy and Lloyd Banks, along with many others.

Hip Hop Vibe is currently spotlighting several rappers who have made their mark on the battle scene. After displaying Jus Daze, from Queens, yesterday, today Oun P is our featured battle star. Many know Oun P best for his domination on the “106 & Park” segment, “Freestyle Fridays.”

However, Oun P has a history in the rap game, dating back to his childhood when he rapped with his father and brother, Ty-Tracks. Together, the trio released on album, Father and Two Sons. A native of The Bronx, Oun P has been a local legend for most of his life and has become a known name in the industry, working with Jadakiss, Lloyd Banks, and Vado, among others.

Oun P maintains his solid fan base through both his mixtape series and his popular battles.

Watch Oun P’s battle with DNA for URL below: