Considering this his first official release, Cliff Po is preparing to release The Pharaoh EP on November 6. Cliff Po has always dreamed of releasing a project on this date, because it is his birthday. While several of his plans were forced to change in 2012, ultimately things have worked out for the best for Cliff Po.

In addition to The Pharaoh EP, the Tuesdays in November are looking up for Cliff Po, who has watched his momentum build. Cliff Po will be headlining Indie Fest 2012, along with Solomon Childs, on November 13. Keeping it moving, Cliff Po is nominated for Buzz Factor of the Year at the All Star Music Awards, for which voting ends on November 20.

November is now only two days away and Cliff Po is preparing for arguably the biggest run in his career. The Pharaoh EP is coming in eight days and today, Cliff Po released the official track listing for his new project. Among the songs featured include “Trillz,” his viral smash which was released last year, and his recent hit, “Pass Me da Green.” 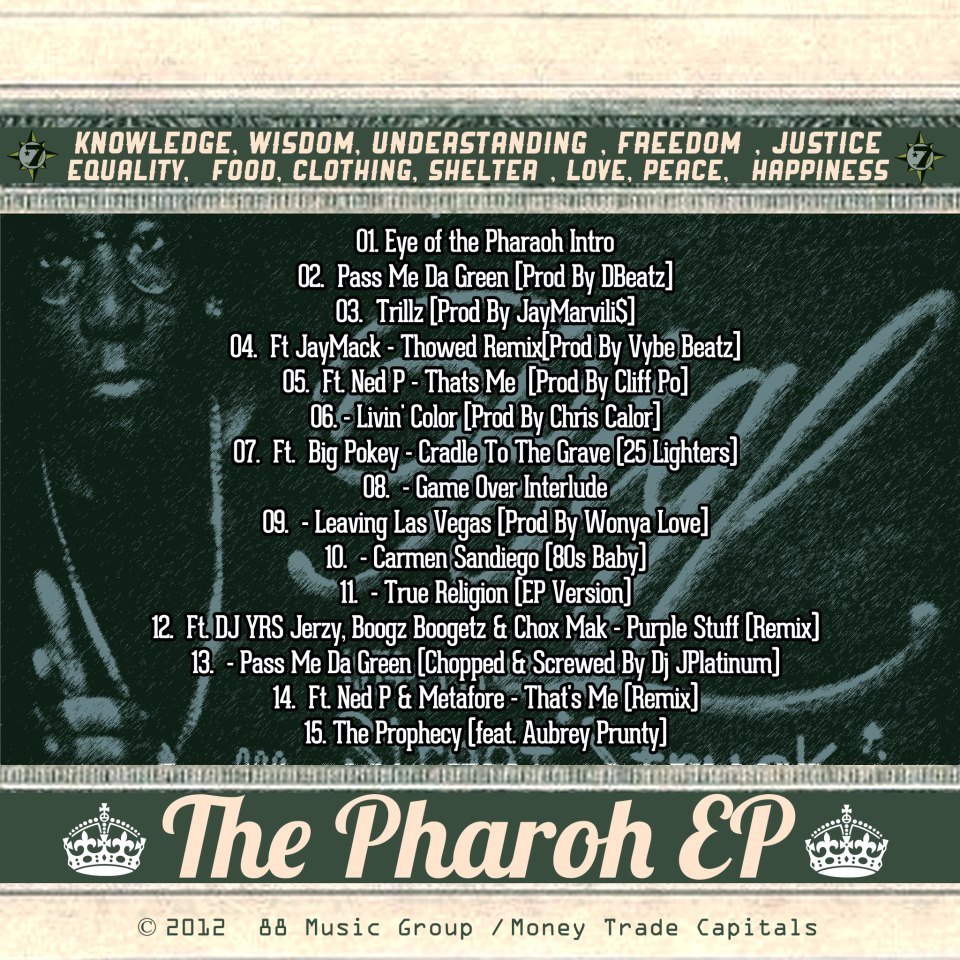