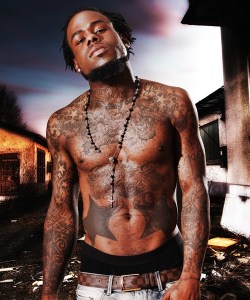 Florida’s hip hop scene is doing well, all across the board. First, there is Rick Ross taking over the mainstream and then Brisco holding down the streets. Even outside of Miami, Florida is doing well, with a hip hop scene in Orlando ready to burst wide open. Jo Boy Fresh is a native of Opa Locka, Florida, but currently resides in Washington, DC.

Located in the DMV area, Jo Boy Fresh finds himself in the middle of two growing hip hop scenes. This is a plus for him, as he recently released Still Strapped Up & Stressed Out, his latest mixtape. Jo Boy Fresh has caught the attention of numerous power players, since he jumped into the music industry during the summer of 2010.

Phenomenal Radio has been highly impressed with Jo Boy Fresh, recently adding him into the rotation on their station. Jo Boy Fresh is doing what many mainstream artists struggle to do, remain hot in two different markets. His growing popularity all over, but mainly in his native Florida and currently in the DMV is what has him as one of the hottest independent rappers in the game.

Godfather Buried Alive: What Happened to Shyne?
Battle Rap, The Frontline: An in-depth look into the battle rap culture