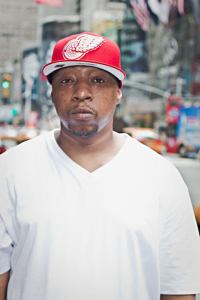 Big Man Entertainment and Hip Hop Vibe have come together with the intention of giving independent artists a chance to network and show their skills. The result of this union is Indie Fest 2012, featuring several of the hottest independent artists in the New York City area. Daily, different performers are announced.

With Cliff Po and Solomon Childs headlining the show, T. Cartel and Young Flizo have been announced as other performers. Now, Dollarmentary has been added to the Indie Fest 2012 roster. One of the biggest independent artists in the game, Dollarmentary has worked with the likes of Redman and Method Man, only naming a few artists.

Currently, Dollarmentary is preparing his Green Crack 2 compilation, along with his America’s Baby album. With his latest string of moves, Dollarmentary is letting it be known to the masses that he is aiming for the top. On November 13, 2012 at Cafe Lou’s in The Bronx, fans can expect Dollarmentary to perform, alongside Cliff Po, Solomon Childs, T. Cartel, and Young Flizo.