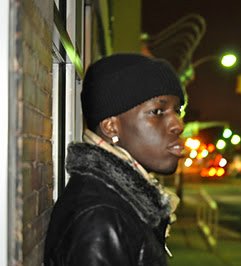 While he hails from Jersey City, Young Flizo has built a solid fan base throughout the entire state of New Jersey and in New York City. With his name spreading through the East Coast like wildfire, Young Flizo is ready to capitalize through his mixtapes. Already, Young Flizo has worked with big names, such as Ready Roc.

Earlier this year, Hip Hop Vibe was granted the opportunity to speak with Young Flizo and he informed us of his moves. Considering Joe Budden and Ransom to be the biggest artists from his city, Young Flizo is on pace to pass them. On the mixtape level, Young Flizo has built a strong reputation.

This buzz, along with his huge fan base has opened many doors for Young Flizo. Fans of the mixtape sensation can come see him perform in Cafe Lou’s in The Bronx on November 13. Performing alongside T. Cartel, Solomon Childs, and Cliff Po will be Young Flizo from Jersey City.