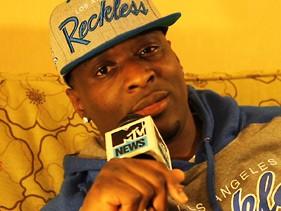 Nostalgic Cash Money fans were in for a treat when Turk, of the Hot Boyz, was released from prison a few days ago. Many were excited to hear what Turk would be putting down and his opinions on certain subjects. With Turk now freed from prison, he is making his rounds and letting this be known.

One major change since Turk has been away was the rise of Lil Wayne to legend-like proportions in the rap game and Cash Money Records starting to resemble Def Jam. All of this is a lot to take in for someone like Turk, who has been absent for close to a decade. Turk is set to prove he has only gotten better with time, however, with new projects in the works.

MTV News recently spoke to Turk and he spoke on both Lil Wayne and Cash Money Records. Turk revealed he is happy for Birdman and Lil Wayne and that he is eager to reunite with his former crew.