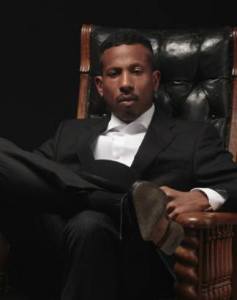 October 6, 2009, rapper Shyne was released from prison and a bidding war began. Before going to prison, Shyne was the next big thing in New York City. From the moment DJ Clark Kent noticed him up until he signed with Bad Boy Records. Shyne soon turned the game on its ear with the release of “Bad Boys,” which earned him comparisons to The Notorious B.I.G.

On the verge of superstardom, tragedy struck Shyne when he was involved in a Manhattan shooting at Club New York, alongside Puff Daddy, now known as Diddy. For the next two years, Shyne would remain behind bars, before being sentenced in 2001. In 2000, Shyne’s self-titled debut album hit stores and went platinum, but a long wait would ensue before the next project.

While spending time in the Clinton Correctional Facility, Shyne began working on his sophomore album and signed with Def Jam. Through Def Jam, Shyne began working with Irv Gotti and Ashanti was featured on his “Jimmy Choo” single. His work with Murder Inc., would place Shyne, alongside Ja Rule, Fat Joe, Jadakiss, Nas, and Game, against 50 Cent.

Shyne immediately jumped in and began a strong relationship with Game and a hatred for 50 Cent. Given the years he spent in prison and his seemingly undiminished talent, anticipation was high for a strong release. Despite being in prison, Shyne’s Godfather Buried Alive album resulted in solid reviews and went gold. By October 6, 2009, the hip hop world was ready to embrace Shyne with open arms, this included his former boss, by then known as Diddy, but Shyne was not ready to embrace him.

Diddy would discuss Shyne’s prison release, saying he spoke with his former artist on the phone. Weeks later, Shyne would release a statement denying this and disrespecting Diddy. Days after Shyne was released from prison, he was ordered to leave the United States, as he was born in Belize and did not have proper documentation. Still, Shyne received support, with Game keeping his name relevant and Busta Rhymes traveling to Belize to see him.

By the spring of 2010, Shyne was ready to release his new music, delivering to “Messiah” single. However, when the song was released to the masses, it was panned. Known for his deep voice, Shyne was now rapping in a higher pitch and he revealed this was his new style, which sent the internet into a frenzy. Shyne spoke out, defending his new style, saying the world would get used to this and once again, Game came to his defense.

It seemed the Shyne the world loved and knew was no more, but the hip hop community was still willing. Meanwhile, Shyne reduced himself to taking shots at 50 Cent and Lloyd Banks. Though 50 Cent started many beefs, he abandoned many of them, as he has focused on his business ventures. As Shyne mounts his comeback, he is forced to contend with the new stars. Shyne has had little, or nothing, positive to say about most of them.

Over the past two months, alone, Shyne has called Diddy out, for the millionth time, called Drake fake, suggesting he rap about being a good kid from Toronto, as opposed to trying to be tough, and he went off on Rick Ross for naming his mixtape The Black Bar Mitzvah and him not being Jewish. However, when Coke Boy Brock gave his Gangland mixtape an unfavorable rating, Shyne referred to him as a “creep.” Weeks later, Shyne would call Kendrick Lamar’s good kid, m.A.A.d. city “trash,” while the rest of the world loves it.

The Kendrick Lamar comments have caught the attention of many. Longtime supporter, Game, spoke to MTV about the situation and made a subtle threat toward Shyne. Immediately, Shyne responded to Game on Vlad TV, mentioning the ways he helped Game earlier in his career. Game may have gone about addressing Shyne in the wrong manner, but the former Brooklyn heavyweight is going about his comeback the wrong way, this is not Shyne.

Shyne from 1999 was not worried about the music made by other rappers, or would he Twitter beef with a newcomer. Everything from his voice to his actions are no longer the same. As was the title of his 2004 album, is the real Shyne being held captive somewhere like a Godfather Buried Alive? Whether this is the real Shyne or not, the question remains “what happened to Shyne? Years ago, no one would have expected any of this from Shyne Po.

Watch past music videos from Shyne below: