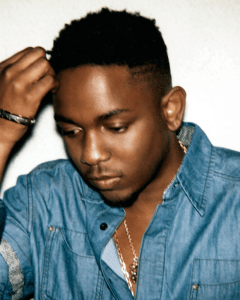 Today, for some reason, Shyne calling good kid, m.A.A.d. city, the Kendrick Lamar debut album, trash has made major headlines. Earlier today, Game sat down with MTV and he sided with Kendrick Lamar over Shyne. Previously, Shyne was a major supporter of Game during his feud with 50 Cent, along with other veterans, namely Nas, Fat Joe, and Jadakiss.

Shyne would speak with Vlad TV over the phone about the situation. Making it clear he was not trying to diss Kendrick Lamar, Shyne was disappointed in game. When Shyne has issues with Game, he said he contacts him personally, out of respect. Game going to MTV to talk about their situation was a sign of disrespect to Shyne, who said Kendrick Lamar does not really care about either of them.

Hip Hollywood would catch up with Kendrick Lamar and they asked him about the situation. While he did not mention Game, Kendrick Lamar said he cannot control what Shyne has to say. Instead, the only thing Kendrick Lamar focuses on is the reaction of the fans. Aside from Shyne, everyone else has had nothing but good things to say about good kid, m.A.A.d. city.