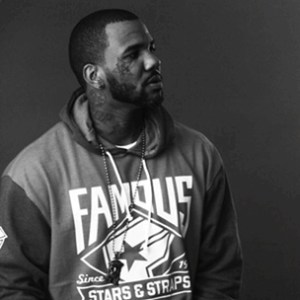 Currently, Game is catching heat from several directions. Last week, Game released the official artwork for his Jesus Piece album. Featuring the picture many accept as Jesus Christ, Game had him with a red bandana on his face and holding a cup. Given the religious ties of most people, Game was immediately hit with backlash.

Earlier today, Game caught more heat when he spoke out against Shyne, one of the first veterans outside of his camp to support him. Shyne recently called Kendrick Lamar’s good kid, m.A.A.d. city album “trash.” Game spoke to MTV about his comments and subtly threatened Shyne, to which he obviously took offense.

Game has been making his media rounds, recently discussing Jesus Piece with Complex. It has been great for Game, so far, with “Celebration” doing well. However, Game revealed there is another single coming. Tyga’s “I Remember” from Well Done 3 is being remade and will feature Atlanta’s Young Jeezy and Future on the official Jesus Piece version.