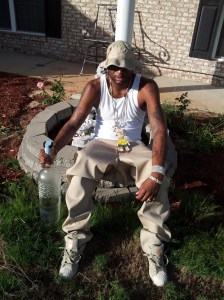 Recently, Miami area rapper, Frank White, joined forces with Blue Marley’s Burdskool movement. Relocated in Augusta, Georgia, Frank White is making his rounds, making a name for himself. In the Miami streets, Frank White has been popular for some time. But, when it comes to the internet, Frank White is a fresh face.

Frank White is becoming more active on Facebook and Twitter, where he just started his profile, Twitter.com/frankwhitee. DJ Mystik is currently working with Frank White, helping to get his name out there though. While the streets of Miami-Dade are familiar with Frank White, the rest of the world is still catching up. Eager to let the people know, Frank White has provided a street anthem with “Burn a Nigga.”

Watch “Burn a Nigga” by Frank White below: