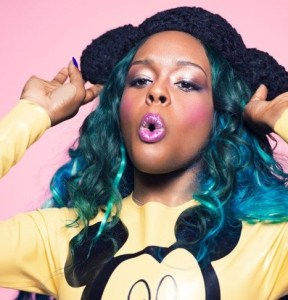 Early this year, Azealia Banks became one of the most-discussed rappers. With the female rap game struggling, Azealia Banks showed up as one femcee not named Nicki Minaj making news. However, this came at the expense of Iggy Azalea, T.I.’s Australian protege, who recently signed to Grand Hustle Records.

Azealia Banks made noise by frequently dissing Iggy Azalea and later T.I., who attempted to dismiss the feud. Banks would also begin taking shots at Nicki Minaj and Lil’ Kim, prompting a response from the veteran. A$AP Rocky would even intervene when he felt Azealia Banks went a little too far.

Sherrod White – “Fantasy World” [VIDEO]
Behind the Scenes: Caskey – “Keep it on the Down Low”