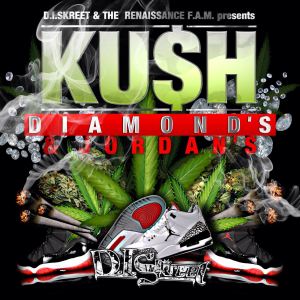 D.I. Skreet is among the St. Louis artists making a name for himself in the industry. Keeping the streets hot with mixtapes and independent albums, D.I. Skreet has become a big deal on the mixtape level. With a large fan base already, D.I. Skreet hopes to blow people away with his next project, Ku$h Diamonds & Jordans.

Ku$h Diamonds & Jordans is the name of D.I. Skreet’s upcoming EP. The project is one of the more anticipated street releases of the fall. Next week, expect the project to be released via iTunes.