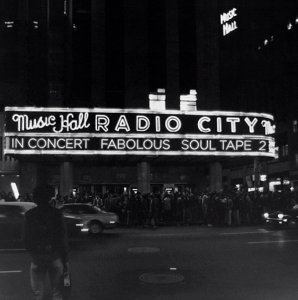 Wasting no time since ending his There is No Competition series, Fabolous is focused on his new Soul Tape series. Last spring, Fabolous released The Soul Tape and it was met with positive reviews. New York City’s hip hop scene had been struggling and a release from the veteran from Brooklyn was welcomed.

Fabolous, who signed to Def Jam in 2006, has made his fans wait for some time on the release of Loso’s Way 2. At one point, Fabolous vowed to release an album every year. No album comes every year, but Fabolous more than makes up for it with his frequent mixtape releases.

Known for dropping his mixtapes during the holiday season, Fabolous will be giving 2012 a proper send-off with The Soul Tape 2. In addition to releasing the official artwork for the mixtape, a nod to his hometown, Fabolous announced the release date. On Thanksgiving day, fans should expect his new mixtape.

Continue Reading
You may also like...
Related Topics:def jam, fabolous, loso's way 2, soul tape 2, thanksgiving 2012, the soul tape, there is no competition series