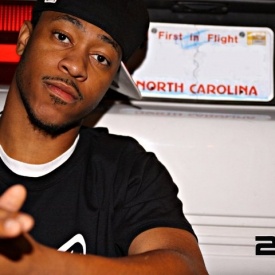 Clearly, North Carolina has a growing hip hop scene. J. Cole has received the most acclaim, due to his album sales and being signed to Jay-Z’s Roc Nation label. The Fayetteville hip hop scene has produced many other artists, such as On the Rise alum, City City. Other North Carolina making moves include Chox-Mak, from Jacksonville.

A few miles North, however, in New Bern, Chedda Chapp is making moves. Chedda Chapp has become one of the biggest names on the North Carolina hip hop scene. The young New Bern emcee has been making major moves. Currently, Chedda Chapp is releasing several songs and music videos.

The latest music video released from Chedda Chapp is called “Hollywood Talk.” Since the release of the video, it has gotten a strong reaction on Twitter. Though he is from New Bern, Chedda Chapp has built a solid following throughout North Carolina and the South. “Hollywood Talk” was released yesterday.