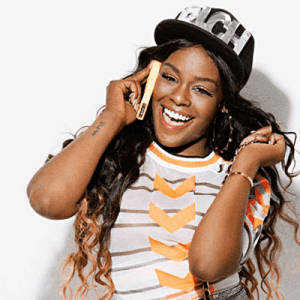 Rising to fame earlier this year, Azealia Banks is one of the most-outspoken rappers in the game. Azealia Banks has had no issues dissing some of rap’s biggest names. The Harlem femcee first began taking shots at Iggy Azalea. Banks has claimed the Australian sensation stole her style.

Signed to Grand Hustle Records, Iggy Azalea is T.I.’s top priority. T.I. would discuss the feud between the two females, dismissing it. Azealia Banks did not take kindly to this and began dissing T.I. on Twitter. Other targets of Banks have been Nicki Minaj and Lil’ Kim, who ironically have issues with each other.

Despite her antics, Azealia Banks is a rising talent in the game. However, Azealia Banks can be dangerous on Twitter. Dolce & Gabanna are her latest targets, as Banks revealed she willl be boycotting the fashion brand. At Milan Fashion Week 2012, there was very little black representation, angering Azealia Banks.