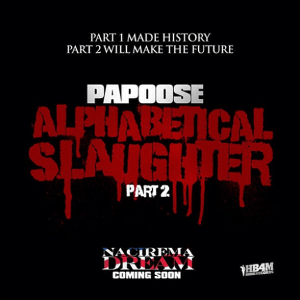 Close to a decade ago, it seemed as if New York would be returning to prominence in the rap game. Several veterans were making comebacks and there were many newcomers who appeared to be the future. Papoose was at the center of the frenzy, as the Brooklyn rapper signed a $1.5 million deal with Jive Records and began working on his debut album.

A pun on the phrase “the American dream,” Papoose named his album The Nacirema Dream and it was set to be released in 2007. However, Papoose was met with several delays and his album was eventually shelved. Soon, Papoose left Jive Records and was back on the independent scene.

One of the standout tracks on his unreleased album was “Alphabetical Slaughter,” as the song landed Papoose mainstream attention. However, after the release of the track, Papoose returned to the background. Now, Papoose has returned with the single cover for the sequel to “Alphabetical Slaughter” and the cover comes with a preview for The Nacierma Dream.